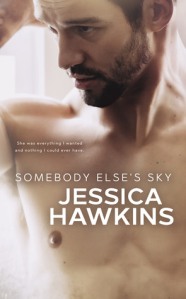 If I closed my eyes, I could still see them—all blonde sunshine, ocean-blue eyes, and long limbs. The glint of Lake’s gold bracelet. Pink cotton candy on Tiffany’s tongue. My scenery may have changed from heaven to hell, but some things never would: my struggle to do right by both sisters. To let Lake soar. To lift Tiffany up. The sacrifices I made for them, I made willingly.
A better man would’ve walked away by now, but I never claimed to be any good. I only promised myself I’d keep enough distance. If I’d learned one thing from my past, it was that love came in different forms. You could love passionately, hurt deep, die young. Or you could provide the kind of firm, steady support someone else could lean on.

Lake was everything I wanted, and nothing I could ever have. I was nobody before I knew her and a criminal after. The way to love her was to let her shine—even if it would be for somebody else.

“How was it possible to look up and see the same immovable stars I had a year before when so much had changed?”

“I looked up. The night sky spread out behind her. The stars weren’t as clear as they’d been up in Big Bear, but it didn’t matter. She was the only star I saw.”

“Her beauty fucking radiated when she hurt like this. She couldn’t control her pain, so it just seeped out of her.”

“You’ve always known my heart doesn’t function right without you, that food doesn’t taste the same and the air is too thick, and my mind is always wandering back to that night on the lake, because I’m all wrong without you, because I’m in love with you.”

Book 2 in the Something in the Way series, this books continued the character development that was seen in the first book of the series. It continues to follow the love story of Manning and Lake with the unwanted third point in the love triangle being Lake’s sister. While I would love to be closed minded and say that I don’t like Lake’s sister Tiffany and I think Manning is stupid for keeping her as an option, if I force myself to think more deeply about his motivation and the underlying reasons for Tiffany’s behavior, it’s more complicated than it seems. My ship is clearly Manning and Lake, rightfully so I might add, but Hawkins makes it a point to make readers pause and truly analyze the reasoning behind the characters actions.

Personally, this book made me quite frustrated with Manning because I’m the reader sitting there thinking “What are you doing?!?! Pick Lake! Pick Lake!” As two years have passed in the timeline and its now placed in 1995, Lake is turning 18. There are more Lake and Manning moments now that they aren’t going back and forth wondering what their feelings mean. But be warned, this doesn’t mean they are good moments. With the time that has passed, some subtle and not so subtle changes take place throughout the story that lead up to a quite devastating climax to the book. If you choose to read this, you will know exactly what I am talking about and probably hurt right along with me…and Lake and Manning. Seeing as how it’s only the second book in the series, I hope that Hawkins will have something up her sleeve to soothe us broken-hearted romantics.

Overall, Somebody Else’s Sky frustrated the crap out of me (in a good way) but still presented me with a lot to reflect on and forced me to once again look at the bigger picture for the deeper meaning to all the actions that take place throughout the story. What I like so much about this series so far is that it isn’t just handing you a love story. The story line is very accurate in the sense that in real life, sometimes we don’t get what we want and sometimes there are so many outside factors that can affect a relationship. Sometimes love isn’t enough and if you want something bad enough, you truly have to sacrifice for it and fight for it. Hopefully, the next book stops taunting us and gives us what we want